Is your birthday party or any other celebration around the corner and you are in search of the best outdoor party games? Well, we have got you covered. The games highlighted here are the kind to get you hysterical excitement as they burn extra calories. By the time you are done with them and head home, you will be wonderfully weary. So let’s kick off with the first one! 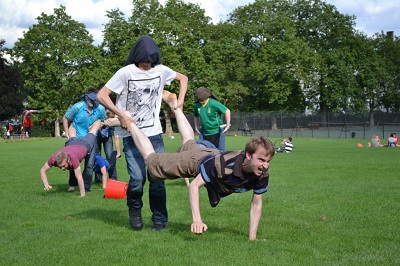 A wheelbarrow race is one of the most competitive outdoor party games that involve two players racing. One of the players acts as the driver while the other takes the role of a wheelbarrow. The “wheelbarrow” walks on hands as the driver holds the ankles. Once a “GO!” Has been given, the wheel starts racing up to the finish line. However, if they happen to fall along the way, they have to go back to the beginning of the line. It is more fun if you are two or more sets competing against each other but still one set can do the trick. 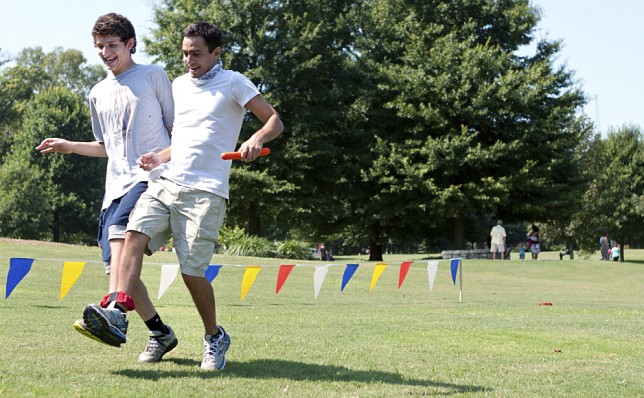 A three-legged race involves two participants attempting to complete a short sprint with the left leg of one runner strapped to the right leg of another runner. The target of this game is that the partners will be able to run simultaneously all the way to the finish line by beating all the other contestants. The first pair that crosses the finish line is the winner.

This game is suitable for the youngsters aged 3 years and above. The objective of this exciting game is for players to creep up on grandmother and none of them should notice a movement. The adult helper will take the role of a grandmother and stands in front the children, her back facing them. As the grandmother remains in her position, the children begin creeping towards her. She then all of a sudden turns and all the children must stop moving. The ones caught in action have to stop and go back to the start line. The children continue with the creeping and the first one to touch grandmother takes the belt. 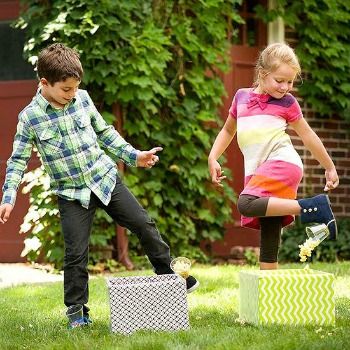 If your child is having a birthday party and you need some ideas for outdoor party games then this is a worthy consideration. To begin with, you make two pairs of shoe cups. Use a pushpin to poke holes in the bottom of plastic cups. Push a wide rubber band through the holes, and secure it inside the cup with a paper clip.

Divide the party into a number of groups. The starting player ties the cup around her shoes and then uses it to draw popcorns from a bag on end. She moves with this up to the other end where she fills an empty basket. The next players follows suit immediately she dumps her popcorn. The end of the game is marked after one of the bags gets empty. The amount of popcorn in the baskets of individual teams determines the winner. 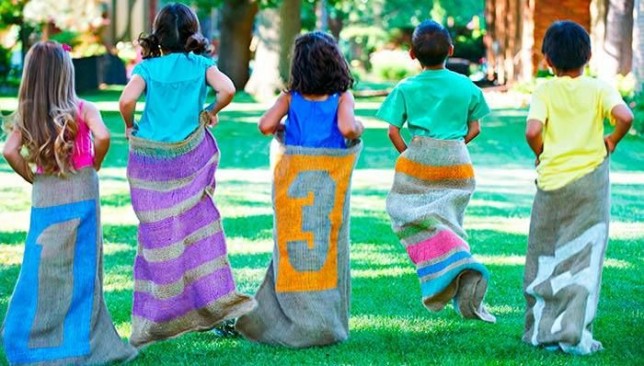 As the silly sack race gets you laughs, you will have tons of calories burnt. Decorate plain potato sacks (found at online party supply stores) with felt cutouts to suit the party theme. Use fabric glue or fusible web and an iron to adhere the shapes to the sacks. Hand over individual potato sacks to the participants. They are then lined up in a grassy area and the facilitator issues a signal to begin the race. One hops up to the finish line, with the first person to cross the line taking the lead. Ensure the path is clear so that injuries do not happen. 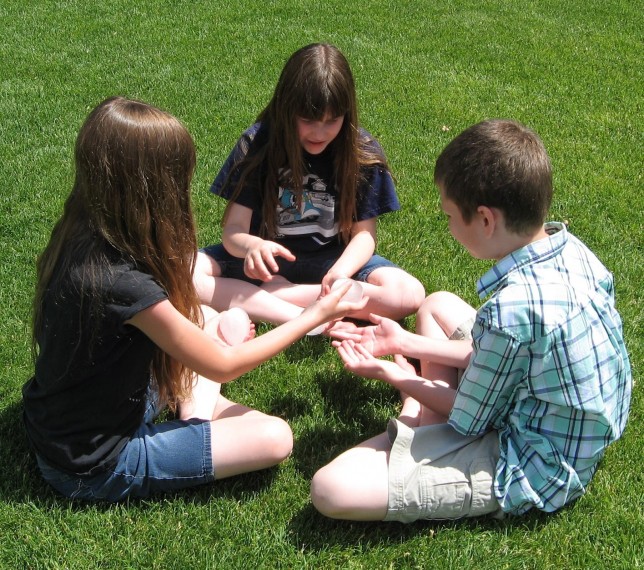 This is a catching game that can be played with a potato, ball, chestnut as well as a water bomb (if you have the guts!) A single “hot potato” is placed in the middle and players revolve it. One player picks it and throws it to another who is destined to catch and throw it to the next. One is dropped out of the game if he/she holds the “hot potato” for a long time or drops it. 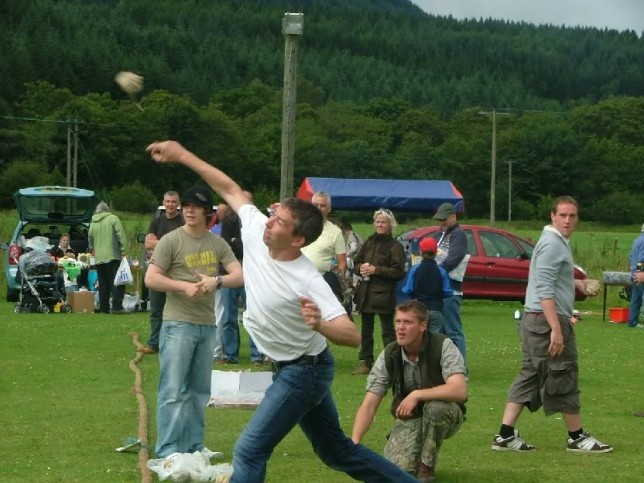 Just like the “hot potato,” this is another throwing game, but more sensitive one. The participants are paired with individual pairs given an egg. They then move a distance further and start to throw the eggs at one another, being careful not to fall the egg or crack the shell. With each successful catch, the pair pushes more backwards. To win the game, a pair must be able to throw the egg successfully with the furthest distance between them.

A treasure hunt is one of many different types of games with one or more players who try to find hidden objects or places by following a series of clues. This falls under the group of outdoor party games but can also be played indoor. If played as an outdoor game, the garden is typically chosen as the play ground.

Split the players into several teams and then mark the beginning and the finishing line. At the start line, have two full jugs of water and the other end, place equal number of empty jugs. Hand two cups to the participants who fill it with water from the jugs, rush to the end of the line and pour it in the empty jugs. This goes on until all the water has been drained and we have a winner (one with the most amount of water.) 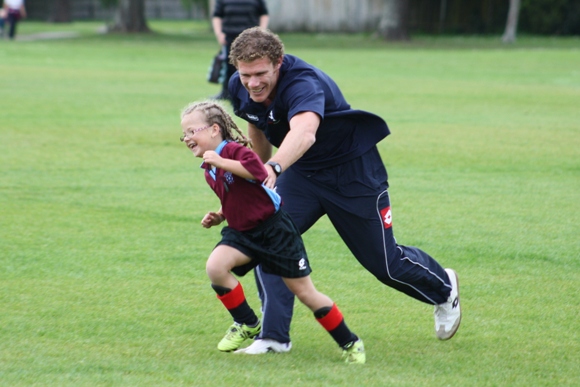 Also called Freeze tag, Sticky-Glue, Ice-and-Water or Ice-and-Fire, this is an outdoor tag game. One or more players chase other players in an attempt to touch them, usually with their hands. The tagged players remain frozen, stretching their hands until they are unfrozen. To set free such players, the unfrozen player tags them, flushes them by their outstretched hand or crawls in between their legs.

Important: Make sure that you’ve food, lightening, portable power source and water in your outdoor party before you start partying.