Cornhole is gaining popularity day by day. There is a high chance that if you visit a backyard party or a BBQ this summer, you are going to find smoking-hot tasty food, some chilled drinks, and people throwing bags at boards.

This bag throwing is known as Cornhole. According to the most reliable and frequently sighted sources, Cornhole emerged in the 14th century. It is not important to discuss the history of the game here. What’s important is that why Cornhole is called Cornhole. Many people argue over the game’s name; some say it is baggo, bags, bagz, bag toss, bean bag, bean bag toss, bags game, or tailgate toss. There is hardly any game in the world that goes by so many names. The reason, it is played by so many people, and people love it so much that they tend to call it by the name they like or depending on the place they come from.

If you ask a group of 100 people, they’ll tell you at least 10 different names, but one thing they all agree upon, Cornhole is fun.

The official name of cornhole is Cornhole. Research reveals that the majority of people across the US call it Cornhole. In this article, we will look at some of the reasons why cornhole is called Cornhole. 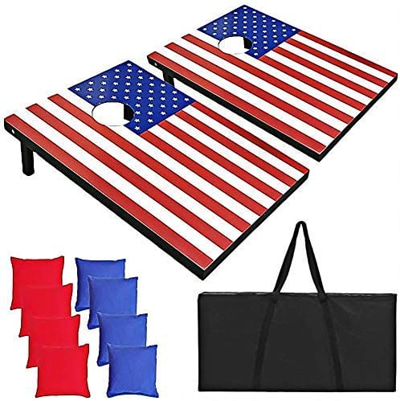 Why is Cornhole called Cornhole

As already discussed, there is no single authentic story about the origins of Cornhole and where it was invented, who invented it and who decided the rules, and how it took its current shape. We will look at the major developments in the game’s history that will help you win the argument and deliver the most authentic version of why cornhole is called Cornhole.

If you look at the gameplay and ponder for a minute, you will automatically conclude: it is called Cornhole because you play with corn and throw corn bags in the hole. Just like the way you play baseball with a ball and football with your feet and ball. The theory is simple. However, there is no point in getting into heated debates over it. Let everyone name Cornhole what they want to call it and have some quality time playing it.